What is a draft flow?

When you create a new flow, it will automatically be saved as a draft, even if you exit the process.

What is a draft flow?

When consulting your flow list, you might find a few flows with a pencil icon and the word Draft. That’s because Unito automatically saves your flows as you work on them, even if you exit the creation process.

These flows aren’t live, so they won’t be affecting any of your work until you launch them. To finish creating these flows, you just need to click on the Edit draft button. You’ll be taken back to the flow and any previously completed steps will be marked as done so you'll know where to pick it up again: 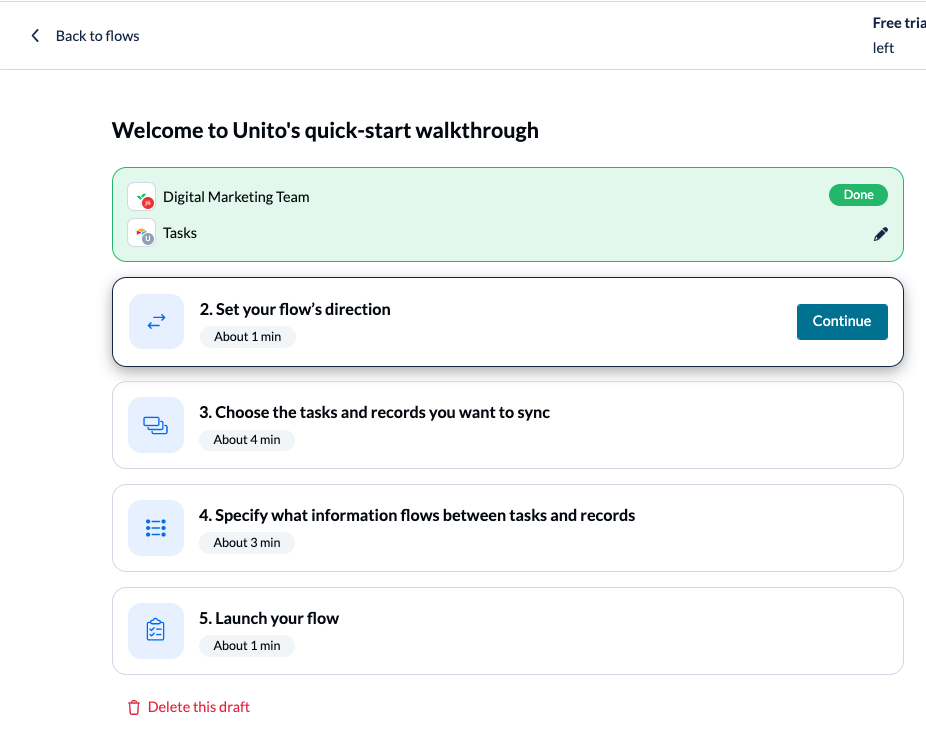 Draft flows are great for showing other people what you want Unito to do without having it affect projects right away. That said, there are a few things you should keep in mind as you use them.

Blocks of work can only be connected by one live flow

Say you’re connecting an Asana project called “Sales Pipeline” with a Google Sheets table called "Demo Customer List” through Unito. Only a single flow can connect these two blocks of work at a time. You’re still able to create additional draft flows that connect these two blocks, but you wouldn’t be able to launch any of them as long as the original flow is live. 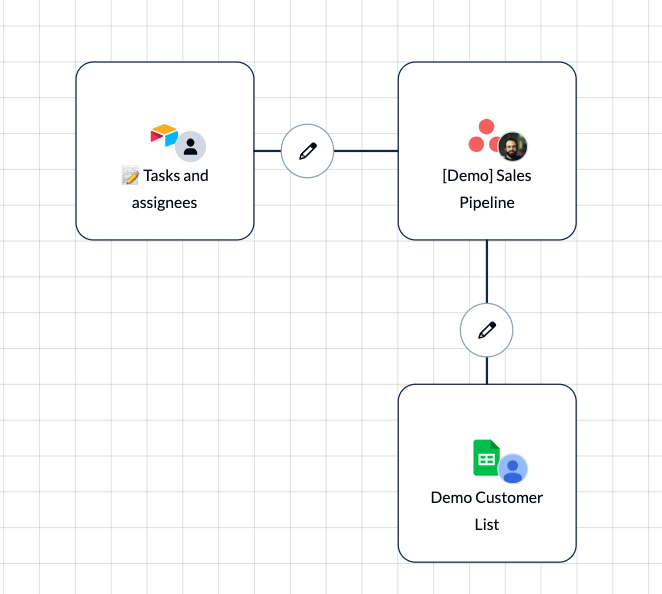 As pictured above, only one flow at a time can connect this particular Google Sheets table with that Asana Project. Although either one can still be connected to a third work app or tool in a separate flow.

If you want to replace an existing flow with one of your drafts, you’ll have to delete the original, active flow first.

Anyone can edit a draft, not everyone can launch it

Anyone in your organization can make changes to a draft flow. They can customize rules, change mappings, and so on. However, not everyone can turn a draft flow into a live flow. To launch a flow, a Unito user needs access to the tool accounts used to sync changes in both tools.

Let’s take that Asana and Google Sheets example from before. Alex created a new flow between these tools, using his own Asana and Google accounts. He then set up a few things but didn’t finish the process, resulting in a draft flow.

Later, Martina opens Unito and tries to launch the flow. She also has accounts in Asana and Google Sheets, but not the accounts used to sync changes. That means that Martina won’t be able to launch this flow. Only Alex can.